Utter frustration at the greenwashing and false solutions that were everywhere at COP26. Instead of real emission reductions we got hollow and distant net zero pledges. The “net” in these pledges is a small but dangerous word - opening up a dangerous box of distractions - like offsetting schemes, nature based“solutions” and carbon markets.

Friends of the Earth International has produced several reports to show that these false solutions are unproven, unworkable and rife with human rights abuses. It’s time to demand real emission reductions, not chase carbon unicorns. 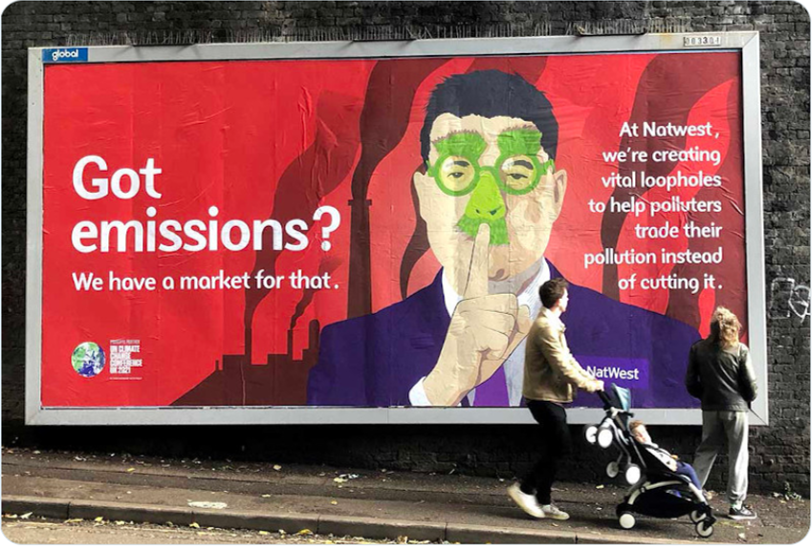 Despite yet another COP amounting to nothing but disappointing outcomes and false solutions, I do still feel hopeful. The people, diverse communities and climate justice movements that Amy and I met on the streets of Glasgow filled us with so much hope, energy and determination. There was a collective commitment to take action for the kind of system change we know is needed to tackle the scale of the multiple crises we are currently facing.

There was passion, solidarity, big ideas for imagining a better world - everywhere. It was particularly visible and palpable at the Global Youth Strike march and rally. And at the COP26 Coalition’s People’s Summit and Friends of the Earth International workshops where we dived into big topics like intersectional organising. That solidarity was visible too on the streets of Glasgow, during a Toxic Tour of the city organised by Glasgow Calls out Polluters.

It made me realize, more than ever, that another world is possible. We just have to believe it, to organise, to build our people power to the point where we are unstoppable. People lead, politicians follow. 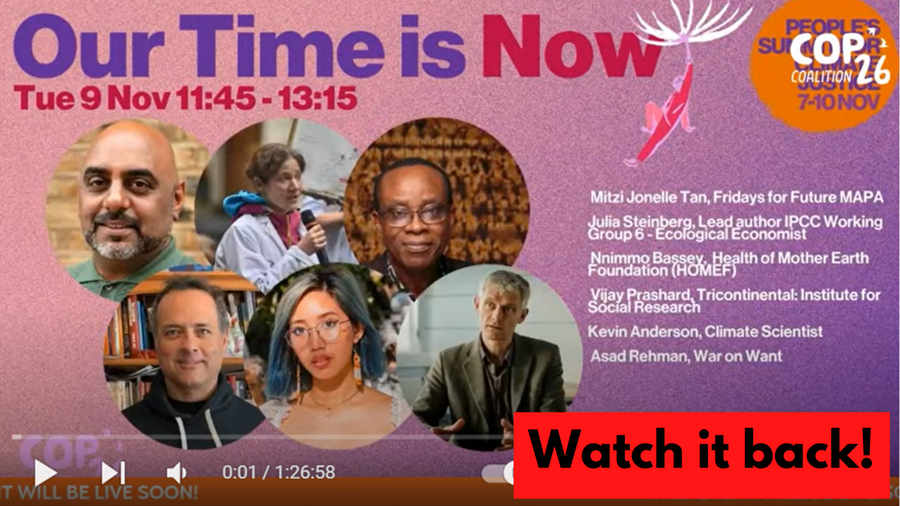 Due to the pandemic many events were streamed online and some were recorded too. This meant that people who couldn’t make it to Glasgow - by choice or by design - still had an opportunity to be inspired by some of the activities and events on the ground! I’d urge you to carve out time to watch some of them back.

The digital rally on the Global Day of Action is a good place to start - skip to 11.45 minutes for the indoor talks with better sound quality. The COP26 Coalition has uploaded recordings from some of its other events on its YouTube channel here and I’d draw your attention to the ‘Inside Outside’ daily update videos and the ‘Movement Assemblies’. 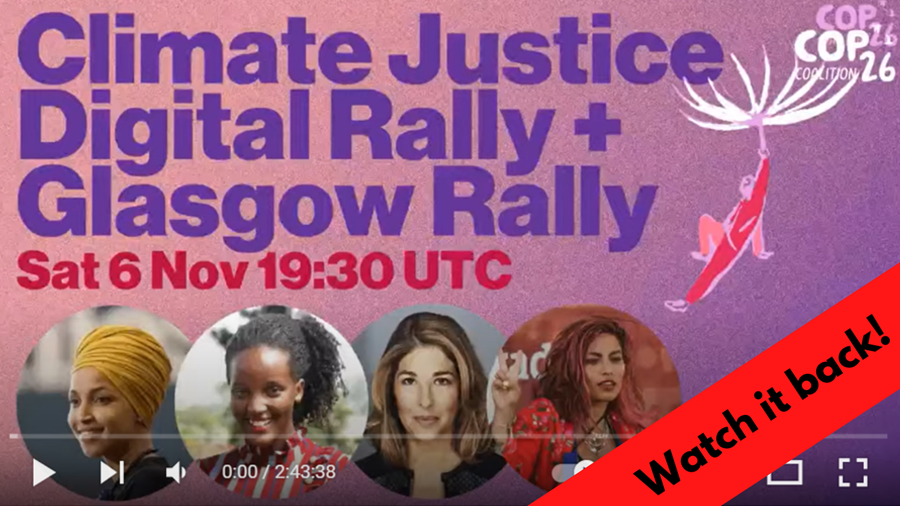 I think there’s lots of lessons we can take from Glasgow. In many ways the climate negotiations can act as a mirror of the world - helping us to see the power imbalances that are driving the climate crisis more clearly. Once we see these imbalances, we can build movements to dismantle them.

COP26 has helped many people see that our economic systems are not simply broken, they are rigged. The colonial mindset that dominates every COP means that rich, highly polluting countries are painted as leaders, while the more ambitious demands of southern countries are ignored and deprioritised.

At COP26, the EU, UK and US failed to support India’s suggestion for an equitable phase out of all fossil fuels: gas, oil and coal. And they broke their promise to provide finance that Southern countries are dependent on to transition from fossil fuels to renewable energy sources. Yet it was India that was painted as the bad guy at COP26, taking the blame for weakening the Glasgow Agreement’s final text.

There’s something crucial we can learn from that sorry episode. If climate action isn’t equitable it simply won’t work. Rich countries must accept their historic responsibility for the climate crisis and do their fair share. That didn’t happen at COP26. 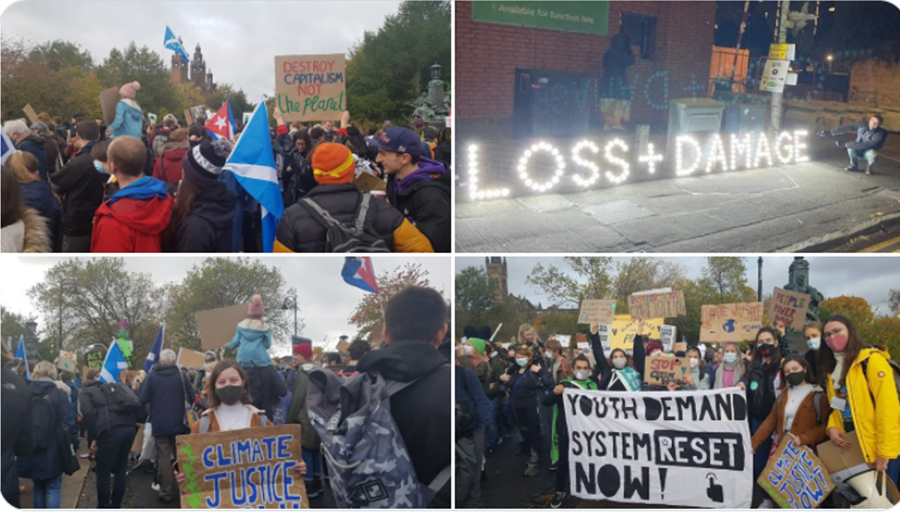 I do still have hope. The climate justice movement is snowballing. Vaccine apartheid and UK regulations blocked many global South representatives from attending COP26.

But despite that, Southern countries' demands for a “Loss and Damage Facility '' to help deal with climate impacts were louder than ever. Despite all the odds, this Loss and Damage Facility was pushed higher up the agenda than ever before. Rich countries eventually blocked its formation this year, but it’s on the agenda for COP27 next year and the momentum behind it keeps growing.

In an unprecedented move at COP26, Scotland (as well as Wallonia in Belgium) finally agreed to put cash into a Loss and Damage Facility. The amount was small, but the symbolism was huge - a final acceptance that rich countries must pay for the damage they have caused and continue to profit from. 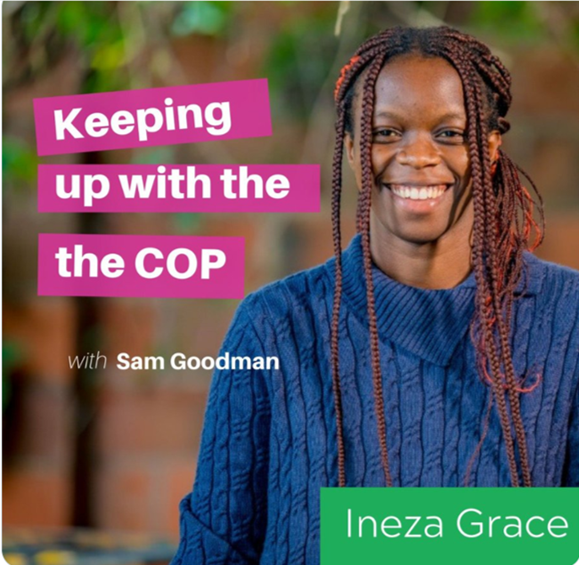 Movements who are fighting for Loss and Damage are nothing short of inspiring - check out this podcast where Rwandan youth activist, Ineza Grace, of the Loss and Damage Youth Coalition talks about her work and lived experience of climate impacts.

Watch it Back: More on Loss and Damage

If we, in the global North, can learn from, support and centre movements like this, then I think another world might just be possible!

Stop Climate Chaos is hosting a webinar “Good COP, Bad COP: Lessons from Glasgow” next Monday 22nd November from 7pm to 8.30pm. I hope you can join - find out more and register here.

Register for the webinar

See below a few links to various perspectives and reflections on COP from Friends of the Earth and our allies:

Perspectives from Friends of the Earth Ireland

Perspectives from Friends of the Earth groups around the world:

Perspectives from some allies

Not Here Not Anywhere